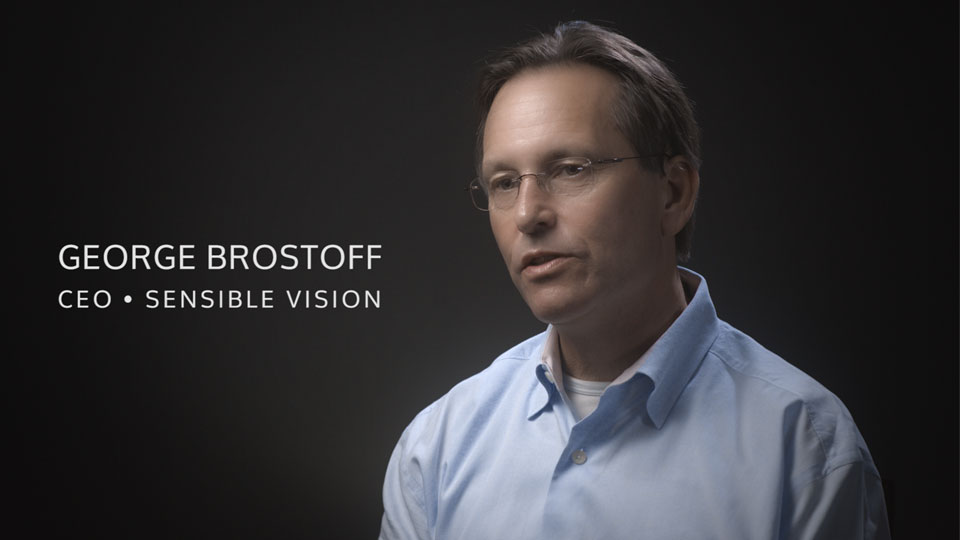 SensibleVision looking for partners who has passion for facial recognition

India is really leading the world when it comes to facial recognition for all of the cases retail, transportation hubs (train stations, airports), office buildings etc, health care settings, automotive applications, events etc. 3D is a critical part of the story, but the main issue is that most existing solutions were developed in the lab rather than for real-world conditions. ITNewsBuzz has recently got a chance to interact with George Brostoff, CEO,  SensibleVision. Lets check out the excerpts:-

ITNewsBuzz : What are the solutions SensibleVision has in its portfolio for the Indian market?

George Brostoff:We have been deploying facial-recognition technology in the US and other parts of the world for over a decade, but India is a newer market for us. With the advent of Aadhaar, this is a critical area because facial verification is at the centre of the system’s security features. Most existing technologies rely on two-dimensional recognition techniques that can be “spoofed” with masks and photographs. Our approach is completely different, which is why our success rates are so much higher. SensibleVision really is the perfect technology for Aadhaar and other applications where simplicity and accuracy are key.

ITNewsBuzz : Do you think normal users can be taught the advantages of features like multi-factor security, something that SensibleVision’s solutions provide?

George Brostoff:Yes. I think everyone understands that one security protocol isn‘t enough. After all, we have multiple locks on our homes, not to mention burglar-alarm systems, security guards, and the police. The concept is pretty straightforward, and most people who do online shopping and banking are already used to it. An important key is to make multi-factor simple and fast.  There is no reason most current implementations require time consuming multiple steps.

ITNewsBuzz : How exactly does SensibleVision’s technology work, how accurate is it, and how does it fit in the current smartphone ecosystem?

George Brostoff: In real-world applications with many people in the database (technically referred to as 1:N), we see a false acceptance rate (FAR) of greater than one in a million with a false rejection rate approaching 0 after a few uses for a given person. That’s orders of magnitude better than anything else we’re seeing.

ITNewsBuzz : For hackers, it is not very difficult to hack most facial biometric systems. How SensibleVision is prepared to eliminate these loopholes?

George Brostoff:For starters, they’re not loopholes – they’re fatal flaws! Any system that can be hacked with a photograph or a piece of tape isn’t very good. Unfortunately, the early systems that were developed were created in a lab under perfect conditions without proper thought to how they would be used every day or what the common attacks vector would be. As a result, they measure things that can easily be replicated; in other words, they’re not very secure. Our system was built in a totally different way, so what SensibleVision measures – the contours of a person’s face, the infrared reflectivity of their skin, and other proprietary factors, making typically photo, video and face mask attacks very difficult.

ITNewsBuzz : How do you strike the balance between face recognition implementations that are either fast or secure?

George Brostoff:That is a great question! The good news is that speed and accuracy aren’t mutually exclusive. Having sufficient high quality data as well as smart algorithms is key.  Most of our implementations do a simultaneous traditional 2D and 3D recognition. With all this data we are able to tighten our matching requirements to prevent false acceptances without producing increased false rejections that are common with other solutions. .It literally takes milliseconds to get verified on SensibleVision technology. Somehow there’s a myth that 3D scanning is slow and difficult. That just isn’t the case.

George Brostoff:Artificial intelligence and machine learning are at the heart of any good facial recognition system. In fact, I would argue that a computer recognising a person’s face is the epitome of artificial intelligence. But it’s not just about verification – it’s also about “remembering” people. That’s where database analytics come into the picture. It’s not enough to just recognise a person. Systems also need to be able to link them to places and events.

George Brostoff:In India, we have had our solutions integrated with partners such as  Dell and in a private Android application.. We are now entering the Indian market directly, so this is very new for us. We’re looking to find local partners who share our vision and passion for facial recognition, not just on mobile devices, but in all kinds of use cases. And of course we see Aadhaar as a perfect fit for what we are doing. And our technology works on Android phones already, although we aren’t native on any devices yet.

ITNewsBuzz : How easy or hard is it for companies to implement your technology in their upcoming products or prototypes?

George Brostoff:The good news is that it is incredibly easy! We built SensibleVision to not only be effective, but also to be practical.  We offer SDKs for Windows. Linux and Android. Other environments can be supported as well. There are plenty of “lab-grown” solutions that will probably never work in the real world. We don’t see the value in that kind of thinking. We want to make facial recognition accessible to anyone.

ITNewsBuzz : What kind of devices can we see SensibleVision’s technology being used in the future?

George Brostoff:Anything with a camera – 2D or 3D, although we have a major focus on 3D to address the myriad of applications that simply having worked with the existing 2D solutions. Everyone thinks of mobile devices as the “leading edge” of facial recognition, but that a fairly controlled set of conditions with just 1 person accessing the device.The real growth is going to be for things like airport security, sporting events, retail, border crossings, and other public venues. And no matter what the first uses are, the first deployments will probably be here in India. In this respect, India is so far ahead of the rest of the world.

George Brostoff is CEO of SensibleVision, which makes facial-recognition software. Brostoff has seven US patents and has developed technology used by Dell and other major companies.